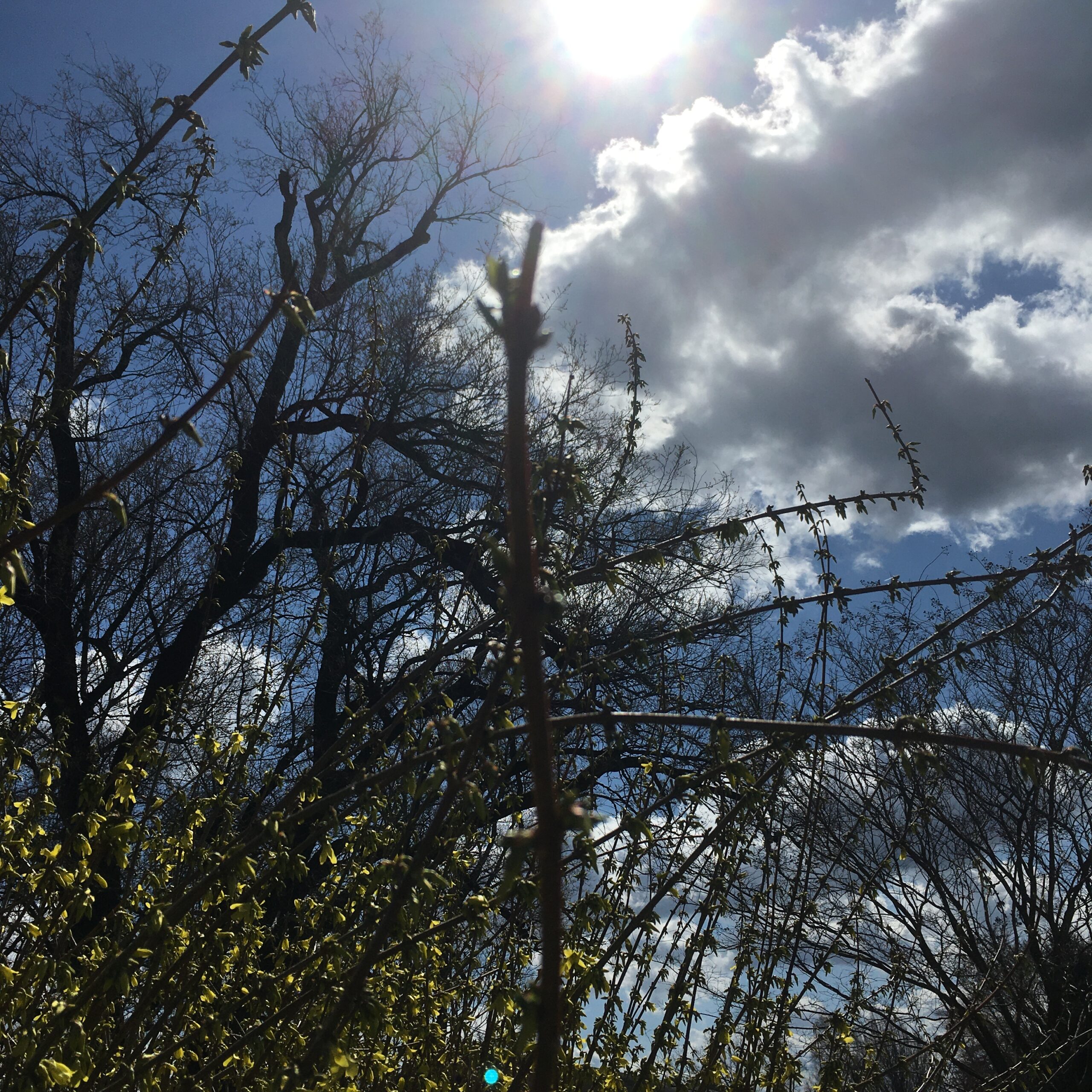 Last week I posted about being in a fog. That hasn’t really left me, but I think I might be making my peace with it.

There are a couple of orange-throated bluebirds building a nest near our house. I haven’t seen the nest, but I’ve seen the bluebirds. They chase each other through the trees. This morning one of them perched on a high branch, scanning upwards for new perches.

I watched him for awhile. He looked around with quick head jerks, flicking his tail at regular intervals. He hopped down the branch and ruffled his feathers to twice their volume. He looked proud. Or maybe happy to be soaking in the sunlight.

A couple days ago, I found myself staring out the window, mesmerized by sunlight shifting among leaves. I should get up, do something, I thought. Wind flittered young leaves outside and I kept staring. I really should move. I didn’t move though. Even though I thought I should do something productive, I felt like I was exactly where I needed to be. Like a ball settled into its socket. Content.

Later this morning, I saw the bluebird couple again. They were some six feet apart on our deck railing, facing each other. One of them, I assume it was the female because her coloring was not as bright (though I know nothing of bluebird gender traits), clasped something like straw or twigs in her beak. They looked at each other, and I watched them. The three of us lived on different sides of the window. Time went unmeasured on my side. Life went on as usual on theirs.

Doing nothing. Just being. Maybe that’s what fog is good for. A reminder that this moment is good, just as it is.